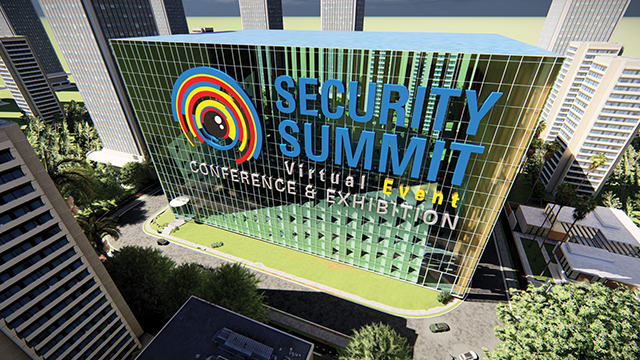 In a very challenging year for the security industry in which almost all events were canceled, Security Summit found a way to connect the market players. The innovative virtual platform, quality conference program and a large number of sponsors attracted as many as 2,084 professionals, which makes the Summit one of the most visited events in Europe this year.

Less than a year ago, when the Wuhan Health Commission initially reported a cluster of pneumonia cases, few could have guessed that the coronavirus epidemic, which was designated as such shortly thereafter, would fundamentally change the world. From the disbelief that this is actually something serious to the closing of borders, the introduction of a movement ban and the difficult movement of people and goods, mankind has experienced a sudden and radical turn for the worse that will have a strong effect on public health and the economy. All sectors, to a greater or lesser extent, experienced a decline. The security industry was no exception to this, although it could be said that it has been doing better than others so far. This is primarily due to the uninterrupted or even somewhat increased need of people, companies and institutions to be protected in times of uncertainty. In addition, according to a survey by the asmag.com portal, this was also ensured by the continued implementation of previously started and unfinished major projects.

It is difficult to reach new customers
However, one segment of our industry has experienced a major decline, and that is the organization of trade fairs, conferences and other gatherings of security professionals. All major and almost all minor events were canceled during this year. ISC West (planned in March), Secutech Taipei (April), IFSEC (May), Innovation Summit (March), MIPS (April), Security Essen (September), ISAF (October), ISC East (November), Intersec Dubai (January) are some of the many events that have not seen the light of day. According to their spokespersons, the reasons for this were the desire to protect the well-being of employees, partners and visitors, government restrictions, difficult movement of people and goods, fear of attending large gatherings of people, increased price for visitors due to the need for COVID-19 testing and – perhaps the biggest obstacle for organizers – inability to maintain the same level of quality. The situation was the same in the region. All conferences were canceled, including Adria Security Summit as the largest regional annual gathering of security professionals. Originally planned to return to Sarajevo after Belgrade, Šibenik, Ljubljana and Skopje in September 202, the restrictions imposed by the BiH government and blacklisting of the region due to the large number of infected people ruled out any possibility of organizing a live event. Our decision was preceded by a conversation with company managers and partners, who almost unanimously suggested that the event be postponed. 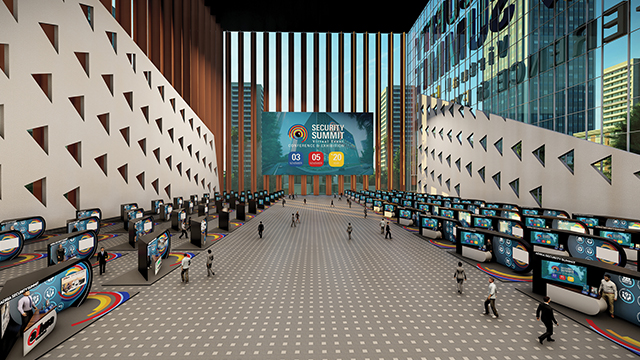 Moving to online space
However, every difficulty gives birth to new opportunities. Being limited in the physical sphere, the world rapidly began to turn to online spaces. It all started with simpler internal trainings in companies through communication platforms, and continued with holding online conferences for slightly wider audiences of up to several hundred people. However, something bigger, different and better was needed for an event of the size and stature of the Security Summit. The idea came from a remote corner of the world. Australian universities held the first virtual study fair this year, at which they had the highest turnout of potential students in their history. Everything was done through a highly innovative platform, which simulated the physical spaces of a fair and conference. The user can simply log in and “enter” the exhibition hall with booths. There, at the virtual stand, he/she is greeted by representatives of the university (in our case, the company), with whom the visitor can arrange a meeting via any communication platform. The booth also features all the promotional materials: brochures, professional articles, videos, business cards, necessary contacts and other information. In this way, the visitor can get all the necessary information which he/she came for, but also, most importantly, reach the relevant person from the management, sales, marketing, technical and business development departments. The process unfolds in both directions: company representatives can get an insight into the number and character of all visitors at an online trade event and request to talk to them about future cooperation. Everyone who registers must enter their data, which gives insights into the structural makeup of the visiting audience: the number of end users, integrators, installers, representatives of manufacturers or employees in other sectors, where they are employed, what the core business of the company is, which country it operates in, etc. 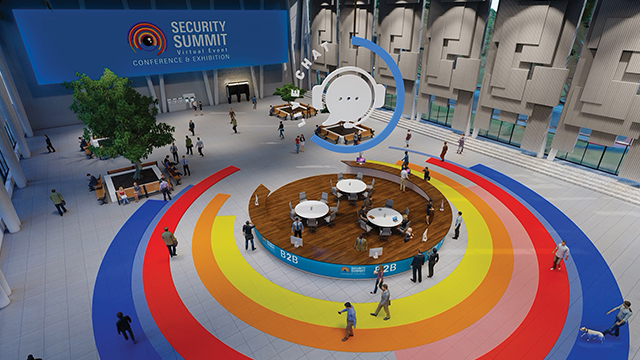 Among the largest European online events
Innovative concept, creative design, straightforward and practical process and, above all, the reputation for quality and commitment that Adria Security Summit has been building for years has attracted 2084 visitors, five hundred more than what we had at the last event in Skopje, which was the largest regional event of its kind! With this, the Virtual Security Summit has, in fact, gone a step further – towards the status of one of the largest European events in the security industry in 2020. Apart from the huge interest, this proposition is also supported by the fact that this was the first transition to the innovative virtual platform in our industry. Many were delighted with the simulation of the conference and exhibition halls and side event environments, as well as access to a fast, direct and informative platform for arranging meetings. True, some could not adapt quickly to a virtual environment from a technical point of view, which resulted in a slightly lower rate of meetings which were arranged but not held. This is why access to our b2b platform has been extended for another month, i.e. until December 1, in order to connect with all potential clients and partners.

When it comes to sponsors, 82 companies decided to support the event, set up a virtual booth and enjoy the opportunity to reach new customers and clients in an easier manner. We owe a special thanks to the companies that have been supporting the Security Summit for years and have done so in these challenging times. This year we enjoyed the support of: 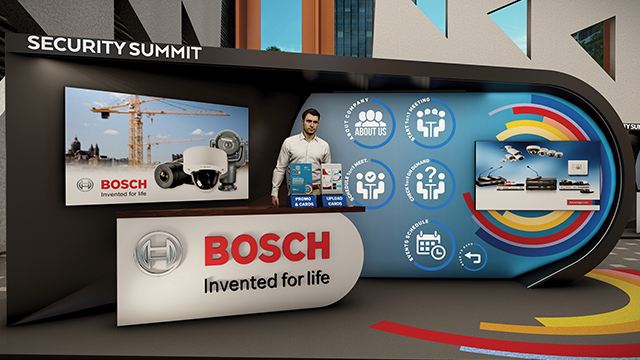 Project partners and media support
Adria Security Summit once again brought together almost all regional chambers and professional associations in the role of project partners. This has been a trademark feature of this event from the very beginning, because it strengthens the profession, opens the opportunity for joint activities and improves the information exchange. This year, we were supported by: Chamber of Security of the Federation of Bosnia and Herzegovina, Chamber of Private Security of the Republic of Macedonia, Croatian Security Association, Chamber for the Development of Slovenian Private Protection, Association for Private Security of the Serbian Chamber of Commerce, Romanian Association for Security Technology ARTS, Bulgarian National Association of Industrial Security Companies (NAFTSO), the Hungarian SecuriForum, Bit Alliance, Palsit and the Center for Risk Analysis and Crisis Management. This year, one of the important event partners that joined us was the South Korean Chamber of Commerce and Investment, which brought a significant number of companies from that country to the Summit and thus created the opportunity for them to connect with European companies. We also need to mention SERDA (Sarajevo Economic Region Development Agency) and Enterprise Europe Network, a European network of chambers of commerce and business associations through which we received 18 partners in support of the event: BIT Center, Advantage Austria, Knowledge Foundation Madrid, Chamber of Commerce of North Macedonia, Sicindustria Italy, Business Finland, Innovation Center Banja Luka, Association of Metal Companies of Madrid, Chamber of Commerce of Republika Srpska. We also want to thank our fellow journalists from the media: asmag.com, a&s International, a&s Polska, a&s Asia, Zaštita, PC Press, My Dear Drone, Global Security Mag, Aluminum PVC, InSecurity and SecSolution that contributed to spreading the word about Virtual Security Summit.

Egida
The next Virtual Security Summit will be held from May 4 to 6, 2021 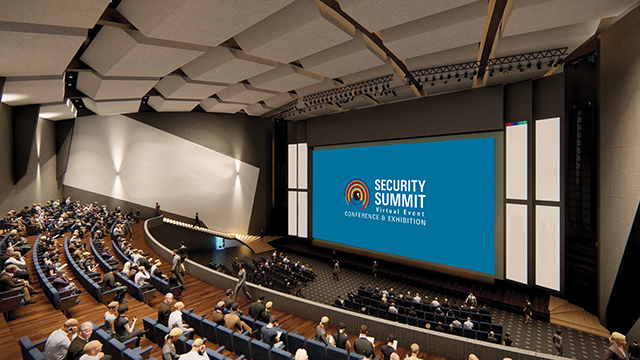 Conference program
An important feature of Security Summit from its very beginning has been its strong conference segment which, on this occasion, was divided into addresses, keynote lectures, project presentations and workshops for companies. Such an approach is the result of listening to the demands of market participants that want to make use of the opportunity to present themselves to as many potential customers as possible. Twelve main lectures, nine projects, panel discussions and seventeen workshops were held during the three-day program. Eminent experts from leading regional and international companies discussed the current situation facing the security industry, new solutions and products that emerged since the beginning of the pandemic, trends that would mark the industry in the coming years, new technologies, etc. Read on to find out more about what was discussed at this year’s first virtual Security Summit.

SonicWall Appoints TechnoBind as its VAD in India