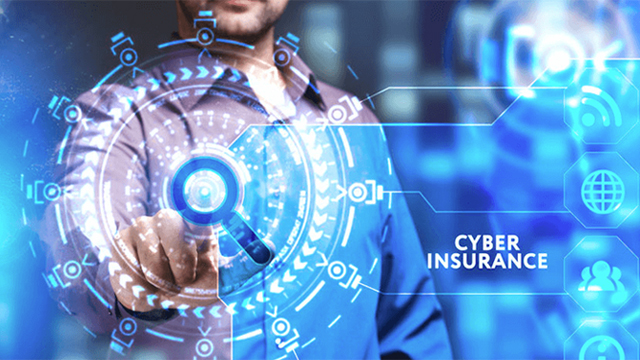 Over the years, cyber attacks and data breaches became one of the biggest risks in the business sector, compromising sensitive data, and causing a massive financial hit to companies and organizations worldwide.

As data applications and technology in the business sector increase, organizations are becoming more vulnerable to these attacks and more aware of the need for insurance coverage for cyber risks.
According to data presented by Finaria.it, the global cyber insurance market is expected to grow by 21% year-over-year and reach a $9.5bn value in 2021.

One-quarter of All Cyber Insurance Claims Come from the Healthcare Sector
If a costly data breach occurs, the company may not have enough resources to resolve these issues and cover the losses. Cybersecurity insurance can provide support to businesses, so cyber attacks don`t cripple their business.

These insurance products help companies and organizations hedge against the potentially devastating effects of ransomware, malware, distributed denial-of-service (DDoS) attacks, or any other cyber attack used to compromise a network and sensitive data.

The Hiscox Cyber Readiness Report 2019 showed 41% of firms from Europe and the United States reported that they have already adopted cyber insurance. Another 30% of them were planning to adopt cyber insurance in 2020.

The growing number of companies taking precautionary measures against cyberattacks led to the impressive growth of the entire sector. In 2020, the global cyber insurance market is expected to hit $7.8bn value, revealed the MarketsandMarkets report. Over the next three years, this figure is forecast to jump by 78% to $13.9bn. Statistics show that by 2025, the cyber insurance market is set to reach $20.4bn value.

The Willis Towers Watson Cyber claims analysis report revealed almost one-quarter of all cyber insurance claims between 2013 and 2019 were in the healthcare sector. The IT and telecommunications market ranked second with more than 10% of all cyber insurance claims in this period. Insurance, retail and wholesale, and manufacturing sectors rounded out the top five, with 9.9%, 9.2%, and 7.1% share, respectively.

Of the industries most affected by cyber insurance losses, the share of loss events caused by malicious data breaches was highest in the insurance sector, 39%. The retail and wholesale industry had 30% of such losses between 2013 and 2019. IT and telecommunications industry, manufacturing sector, and the healthcare market followed with 24%, 22%, and 18% share, respectively.

Asian Companies Hit by the Highest Number of Cyber Attacks
The 2020 Trustwave Global Security Report revealed the Asia Pacific represents the most-targeted region of malicious data breaches. In 2019, 37% of all cyber attacks occurred in this region.

North America ranked second with 33% of all cyber incidents last year. Europe, the Middle East, and Africa follow, with a 25% share.

The energy industry ranked second of the 17 sectors surveyed, with $6.39 million in average cost and 254 days to spot a breach. Financial services, pharma industry, and technology sector follow, with $5.85 million, $5.06 million, and $5.04 million in average data breach cost, respectively.

IDC Unveils India Cloud Predictions for 2021 and Beyond

Anyone can be at risk of a data breach