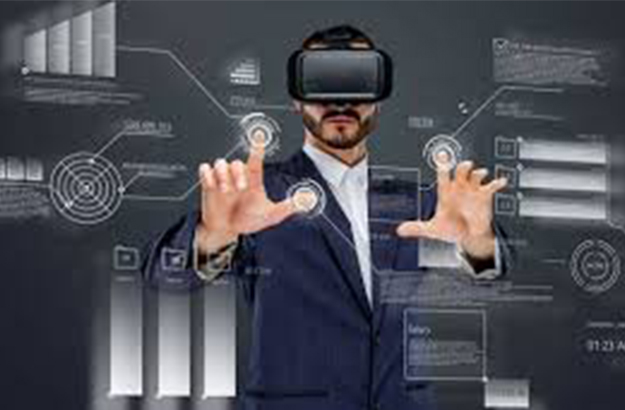 A good marketing campaign has the power to change minds and convince the audience to buy the goods and services provided by the brand. But companies nowadays are going beyond the simple marketing tactics or the repetitive pop-up ads and opting for communication tools that enable them to directly interact with their target audience. The need to be more engaging and immersive has given rise to brands using gimmicks like AR and VR to seamlessly connect with their target audience.

Application of AR and VR tools goes beyond Pokémon go or video games. Its industrial application in the field of Real estate, Auto, Manufacturing, Retail, telecom, etc. has bridged gap between the brand and its customers. Today the buzz is all about these new kids on the block. AR and VR have been making waves in the field of experiential marketing since a long time. The full immersion technology transforms the users to new world, transports them to places they have dreamed of without them leaving their place.

While papyrus papers and ink derived from plants were the very first mediums of advertising. We moved on to television in the late 40’s. and later came the era of digital advertisment.
While these contemporary forms of media push the potential consumer to make their purchase decision, these new kids (AR and VR) do quite the opposite, they pull/lure the consumer into a web of conviction.

Some might argue that they are new and that their vanity will expire soon. But those few people also said the same thing about Television and while it is on its way to its grave, look how long it took to get there and how much it has evolved ever since the first-ever TV commercial of ‘Bulova Watches’ aired in 1941.

Speaking about evolution, AR and VR have come a long way as well.

It all started in 1835 when a device called the stereoscope was created, it had goggles that you wore on your face, with lenses and duplicate images that would give the user the illusion that he was transported into another reality or space

In 1929 a setup called the flight simulator was created, it was basically (a big machine where the user would sit in and would technically get the experience of an actual flight)

Fast forward a couple of years a device called as the Sensorama was invented in 1956, It was basically a simulator that would occupy the entire head. The user would be seated on a vibrating seat and the device also had a 3D screen along with a wind and smell simulator. But it was used to play games such as, a date with Sabina and I am a Coca-Cola bottle!!

In the era of fast paced simulation, getting customers to pay attention to a 2 min Ad is next to impossible. The interactive feature of these new technologies captures their attention and keep them engaged for a long period of time. The 360-degree marketing tool has been documented to extract a 60% better emotional response than any other marketing communication tool.

Augmented and virtual reality have the remarkable ability to alter our perception of the world, while one can transpose the user, the other can transcend the user. From playing co-starring roles in movies starring television and billboards as the lead. VR and AR are extremely close to taking the center stage.

AR is mainly divided into mobile and on-ground, mobile utilises tablets and smartphones to augment over an existing object. It gained widespread popularity with the game ‘Pokemon GO’, where the users looked for their beloved pokemons using their mobile devices. On-ground augmentation use special devices such as ‘Rotoscopes’ to augment over existing products.

More recently the most widespread use of augmented reality was in the latest Iphone X models that came with the feature of emoticons that would augment themselves as per your emotions and reactions.
Virtual reality again is broadly classified into mobile devices and on-ground simulations. Mobile devices utilise headsets such as the Samsung Galaxy VR headset or even something like a cardboard mobile holder that can double up as a headset but as a low-cost option. While these headsets utilise the computing power of a mobile, the desktop headsets such as HTC Vive utlilse the computing power of the desktops which eventually the headsets project. On ground headsets use projection on walls and surfaces, popularly known as caves. The experience becomes immersive by combining these wall projections with a 3D headset, tracking cameras and a handheld controller that allows the user to interact with the content.

What was once just a toy today has come to be used in some extremely complicated and important tasks such as, simulations of actual procedures, in the fields of engineering, medicine, business and surgery.

Justin Barrad, is the CEO and creator of Virtual reality training software that was inspired by gaming, to train surgeons in various forms of surgery with razor-sharp accuracy. These are especially useful at places that do not have any training facilities with sophisticated equipment.
VR and AR still remain the fastest growing medium in the advertising sector as of today.
To commemorate the years of evolution in AR and VR technology, the VR world has set up its shop right next to the Empire State building and is a great place to experience virtual and augmented reality.

AR and VR have come a long way from being a geeks wet-dream to a marketers nuclear weapon, from being utilised at mall activities as a prop to being an integral part in mainstream businesses, from being just a gimmick at a party to one of the best ways to impart information in the world we live in. AR and VR is the future we are experiencing today.

Oakter to invest $2 million in R&D

Rethinking SOAR: Why Automation Needs To Be an Innate Characteristic, Not a Bolted-on Afterthought

AI is Changing the Landscape of Cybersecurity