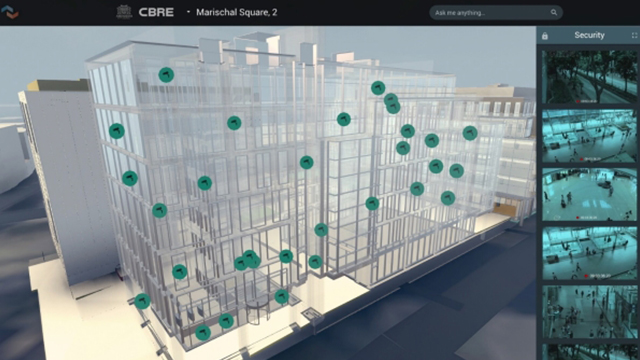 Cityzenith has cemented its place as a business to watch after a watershed 2020, which positioned it as a leader in the fast-growing Digital Twin and Smart City markets.The worldwide Digital Twin market grew significantly in 2020 to $3.1 billion in 2020 and is now set to soar $48.2 billion a year by 2026, at a CAGR of 58%, according to a recent Markets & Markets report.

Cityzenith featured consistently in 2020 within market reports and media coverage of top-rated companies in the Digital Twin market alongside the likes of Siemens and Philips, Cityzenith was named a Top Ten Digital Twin Provider by Manufacturing Technology Insights.

This exposure saw the company publish an international white paper, to critical acclaim, which highlighted the impact of COVID and the relationships we have with the built environment. There was also significant coverage for the launch of Cityzenith’s market leading Digital Twin software SmartWorldPro2, which then landed significant project contracts including Orlando Sports + Entertainment DevCo, a major US government agency, and a large-scale US energy provider who are using their technology to build new smart energy efficient cities in the state of New Mexico .

In October, the company launched its ‘Clean Cities – Clean Future’ initiative including a pledge to donate its Digital Twin technology to aid key cities around the world in reducing pollution and trending towards carbon neutrality. The initiative was complemented by Cityzenith’s a major TV campaign running nationwide in the US on CNN, CNBC, MSNBC, and other major networks.

In the next phase of this initiative, Cityzenith plans to host its first ‘Clean Cities – Clean Future’ international forum in 2021, hosting major city technology and sustainability leaders to explore use of digital twins to help their city’s commercial building owners go carbon zero.

The company’s online investment platform launch in early December was another big success, raising more than $820,000 in less than two weeks, including a sizable strategic investment by NeuerEnergy, an energy services firm specializing in building decarbonization.

Cityzenith’s 2021 goal is to secure $15 million in investment by the conclusion of its regulation A+ capital raise and, from February, aims to open the investment opportunity to sophisticated accredited investors such as family offices, institutional investors, and strategic investors.

The company’s world-class team has doubled its headcount in 2020 who are based across the globe in the USA, Canada, UK, Spain, Bulgaria, and India, and sales representation covering Australia, New Zealand, Singapore, and Hong Kong.

And 2021 is expected to be a pivotal year for Cityzenith, starting with announcements of its largest contract to date coming in Q1 along with new international sales and distribution partnerships.