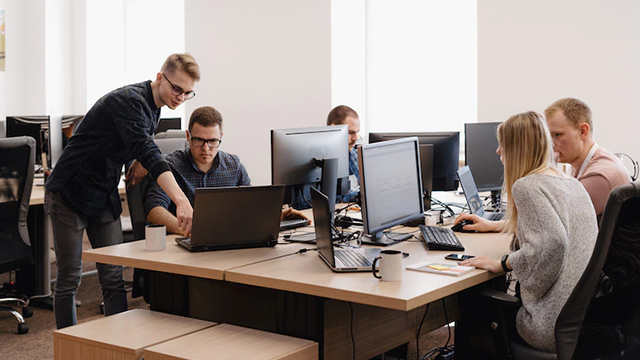 Ukraine’s third-largest export is Information Technology (IT), and it was soon to become Europe’s own Silicon Valley. But that dream of becoming one was shattered as Russia invaded Ukraine. According to the Director of TechUkraine, which is an online technology platform initiated by the Ministry of Economic Development and Trade, this Russian attack has adversely impacted the tech industry growth within Ukraine. Almost all international tech giants in some way or other utilized Ukrainian IT and software support. Now, it will require a collective world effort to bring Ukraine’s tech industry to its pre-war glory.

In 2021, Ukraine’s technology sector crossed USD 10 billion in production, and the rate at which the IT sector grew was roughly 35%. One may recall the brand Grammarly, the company which takes the help of AI systems to write and edit articles, was a startup based out of Ukraine. It is ranked among the top 10 software companies in the United States. Grammarly has donated USD 5 million to Ukraine for its fight against Russia. At the moment, Ukraine is fighting for its survival, and its industries including IT tech are in peril. In 2014, when Russia annexed Crimea in southern Ukraine, many companies in anticipation of an escalation started to migrate their business out of Ukraine to minimize any adverse impact. They mostly migrated to nearby countries such as Poland and Turkey. This migration included moving the employees and other contractors involved in their business. However, the mandate by the Ukrainian government to stop every able person between the age of 18 to 60 years from moving out of Ukraine makes it difficult for the companies to migrate their employees and assets now. This war can potentially mark the end for some technology companies within Ukraine.

There have been alleged cyber attack reports by both countries on each other’s government websites. Not just with bullets and missiles, but the war is being fought on the digital front too. Manner in which Ukraine has resisted the Russian aggression is commendable. With similar resolute and determination, we hope that Ukraine’s domestic IT industry is able to bounce back once the war ends. Not only international tech giants but the world too is standing with the citizens of Ukraine and offering help to bring their lives to normal again. The hope is for peace to prevail soon and the war ends at the earliest.

What can AI Cloud do for Enterprises

Impact of AI on Cybersecurity in the Age of Digitisation