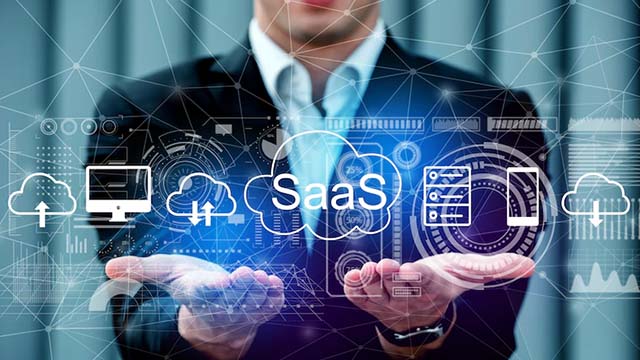 The Indian software-as-a-service (SaaS) has seen a meteoric rise in the last 3 years, fueled by changing buyer attitudes and behaviours and a clear industry shift towards the cloud. Riding on this wave are frontrunners such as Zoho, who recently announced hiring plans of 2,000 employees even in a dampened market.

At a time when global tech companies such as Meta (formerly known as Facebook) and Microsoft are talking about hiring freezes and job cuts, Indian SaaS companies continue to grow in leaps and bounds. The Indian SaaS market is forecasted to hit $50 billion ARR (annual revenue run rate) by 2030, according to Bessemer.

With digitization increasing, year-over-year SaaS is transforming the software industry and the many areas it serves. With on-demand subscription-based models, SaaS has become the preferred alternative to legacy products used across industries.

Here’s a list of some of the notable SaaS companies in India that are transforming the industries they operate in:

Freshworks is a SaaS company started by Girish Mathrubootham and Shan Krishnasamy in Chennai in 2010. It was then known as Freshdesk. Freshworks made headlines in 2021 by becoming the first Indian SaaS company to list on the NASDAQ.

Freshworks makes it fast and easy for businesses to delight their customers and employees by building and delivering software-as-a-service that’s affordable, quick to implement, and designed for the end-user. Unlike legacy software, Freshworks builds tech that works for everyone, making it easy for IT, customer service, sales, marketers, and HR to do their job and delight their customers.

Freshworks makes software for IT, customer support, sales, and marketing and caters to more than 50,000 clients worldwide.

The company shifted its headquarters to San Mateo, California in 2018.

Zoho, started by engineers Sridhar Vembu and Tony Thomas in 1996, is a famous example of the ‘culture of efficiency, which is a hallmark of Indian SaaS companies. Zoho initially started out as a network management company called AdventNet. However, when the dot-com bubble burst in the early 2000s, they pivoted and started providing software and web-based business services.

In 2009, AdventNet was renamed Zoho Corporation. Today, Zoho has well over 10,000 employees, with over 50 million customers. It has several offices in India, as well as some in Japan, Singapore, Australia, China, Brazil, and the United States. Zoho is also profitable.

Notably, the company has set up a number of satellite offices in rural areas in Tamil Nadu, Kerala, Andhra Pradesh, and Bihar and plans to set up more of these in the future.

QuoDeck is a B2B SaaS digital learning and engagement platform that was started in 2017 by Kamalika Bhattacharya and Arijit Lahiri. The company caters to SMEs and large businesses, who use QuoDeck’s interactive modules and gamification to engage audiences such as gig workers, value chain stakeholders, and employees.

All of this is done using a mobile-first, scalable approach.

Gamification drives greater adoption and higher retention among users. QuoDeck then uses big data collected from these games to come up with high-level analytical reports. Enterprises can use these to understand how well the module has been absorbed and then fine-tune it.

In a span of five years, the company has hit 5 million users. QuoDeck, which is the market leader in its category, has a number of notable customers in its kitty, including Unilever, Vodafone, Flipkart and Dabur.

Eightfold.ai is a California and Noida-based talent intelligence platform that was started in 2016 by Ashutosh Garg, now the CEO. The company uses artificial intelligence to enable its customers to hire faster, as well as retain them better.

Using AI and ML, the algorithm comes up with the ideal attributes that a candidate for a particular job should have, based on data from millions of similar profiles across the web. The platform then filters through thousands of resumes and shortlists suitable ones, which means companies can access a much wider talent pool than when sorting through resumes manually. The platform is also able to predict the best career path for an employee in an organisation based on past data, enabling companies to offer better career development.

BrowserStack is an Indian company that provides web developers with cloud-based web and mobile testing for applications for functionality, performance, and visual appeal so they can release bug-free software faster and at scale. The apps can be tested on a range of browsers, operating systems, and mobile devices without using emulators or simulators.

The firm was started by Ritesh Arora and Nakul Aggarwal in 2011 in Mumbai. BrowserStack has 25,000 customers in 135 countries and claims to have 5 million developers signed up on its platform. The company is also profitable and aims to become the “default place” for app testing on the cloud.