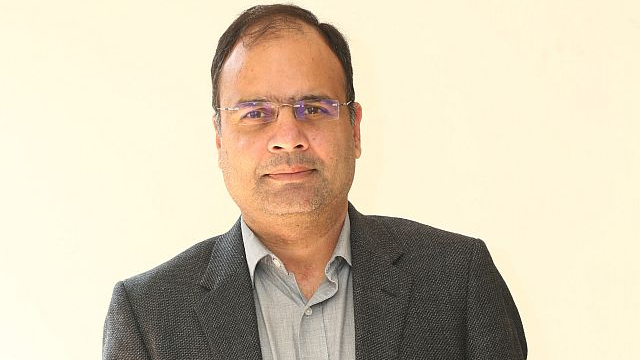 In the present era, if fraudsters have techniques and technology for tax evasion and tax fraud then the government has imported ‘Information and Communication Technology’ from Silicon valley to suppress it. If technology can also coexist with the bridle on the practice of tax evasion and tax fraud that costs billions of dollars every year to the government exchequer.

Be it an integrated tax technology, the use of artificial intelligence, and so on, India is now technologically more creative and the Government has all technologically aligned weapons to use in a war with tax evasion and more importantly tax fraud.

But since last year, India has been aggressively doing homework and preparing a roadmap on integrating tax technology to curb tax fraud and tax evasion.

Artificial intelligence, integrated tax technology and so on are being implemented by the government machinery to expand the realms of revenue collections and prevent fraudulent practices.

The Delhi Government is planning to implement Artificial intelligence for curbing tax corruption. This model is being followed in many countries, for instance, Denmark. Implementing this model in Delhi is likely to add Rs 300 crore to the government exchequer by plugging the leaks. The Nordic countries in the past have lost  2 billion euros till the aforesaid Artificial Intelligence technology was not followed.

Now It is necessary for every transporter to have a radio-frequency identification (RFID) tag attached to his/her vehicle. So, whenever a vehicle passes from the RFID tag reader on the highway, the details that are fed into the device get uploaded on the government portal.

Later on, This information was used by tax authorities to authenticate the supplies made by a GST registered person.

What is the new system?

Tax officers can now have access to reports about vehicles that have passed the selected tolls without e-way bills in the past few minutes.

Furthermore, tax authorities can view details of any suspicious vehicles. Officers can use these reports to make vigilance more effective. Adding further, officers of the audit and enforcement wing can utilize these reports to identify fraudulent transactions like bill trading, recycling of e-way bills.

As per estimates,  On average, information of nearly 25 lakh goods vehicle movements from more than 800 tolls are reported on a daily basis to the e-way bill system.

The government is using a single window for generating e-invoices, e-way bills, and GST returns to bridge any duplication of data in e-invoices and e-way bills. Furthermore, the data from the Invoice Registration portal will also be carried to the GSTR-1 and GSTR-2A / 2B of the vendors.

using a single source of data— by integration of the Enterprise Resource Planning with the GST Network that ensures a smoother flow of common data for automated e-invoice, e-way bills, and generation of GST returns.

The government has further tightened the goods and services tax (GST) rules by notifying the Central Goods and Services Tax (Fourteenth Amendment) Rules, 2020 confirming that only genuine companies are registered. Moreover, it has restricted the use of tax credits and tweaked the electronic permits needed for the transportation of goods to curb tax evasion.

As per new rules, the finance ministry has just halved the extent of tax credits that can be claimed by businesses wherein the vendors have not uploaded invoices to 5% of their eligible tax credits. The new threshold has been implemented from  1 January. The new directive on input tax credit will additionally tighten the liquidity of firms pressing them to increase their working capital limits.

In the case of firms or businesses having a sales volume of more than Rs 50 lakh, tax credit from raw materials and services can be used for only up to 99% of the amount of final tax liability.

Now that both the entities— the Central Bureau of Direct Taxation and the Central Board for Indirect Taxes and Customs — have mutually agreed to share data, it will now become easier for tax officials to aggregate data of all GST assessees on one platform. This entire exercise will assist authorities to identify data points that form patterns in correlation to tax evasion.

In this approach of data mining, the tax officials shall keep an eye on the individuals from social media activity to any kind of online presence or online activity, and in this way, tax authorities shall mine data to find out which taxpayers have been untruthful about their profits or have been unethically claiming the input tax credit.

Why Cybersecurity is Becoming a Top Priority for Drug Makers

Types of firewalls you should consider