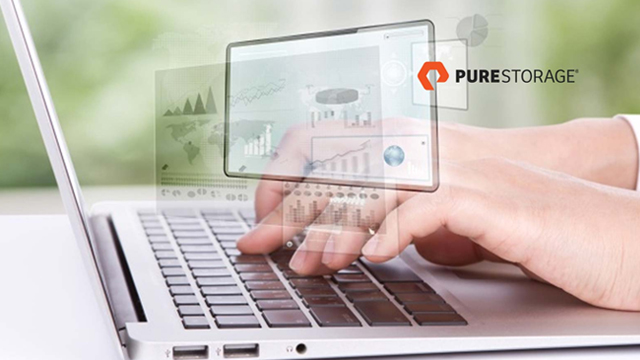 Unveiled in March 2016, FlashBlade has delivered consistent year-over-year growth every quarter since. Within two years of general availability (GA), FlashBlade reached a $250M run rate and more than tripled its customer count. FlashBlade continues to expand and diversify its customer base at a breakneck speed, adding several hundred new FlashBlade customers in FY21 and reaching nearly $1B in sales four years after GA. Today, more than 25% of the Fortune 100 use FlashBlade to derive value from their unstructured data.

The growth of FlashBlade has been powered by continuous innovation to not only solve for customer’s current needs, but enable them to take advantage of the next wave of modern data and applications to fuel their business. The innovation FlashBlade has delivered includes:

“FlashBlade’s growth has exceeded all industry benchmarks and I am tremendously proud of the breadth and depth of our rapidly expanding customer base. As we look towards a future where a significant majority of enterprise data is unstructured, FlashBlade is the proven innovator to deliver the infrastructure enterprises need to capitalize on modern and next generation data,” said, Matt Burr, Vice President and General Manager of FlashBlade, Pure Storage.

FlashBlade customers are among the industry’s happiest, contributing to Pure’s NPS score in the top 1% of B2B companies. Based on customer reviews, FlashBlade has been named a Gartner Peer Insights Customers’ Choice for Distributed File Systems and Object Storage for 2021 and TrustRadius has recognized FlashBlade as the 2020 Top Rated Award winner in the Object Storage category.

“FlashBlade performance has been fantastic, with no downtime. With Vertica on Pure Storage, we have a 360-degree view of customers and fast, sophisticated analytics to provide all sorts of insights to the business, fueling customer success. Our users don’t know about the new technology underneath, they just know that Vertica answers their questions much faster. One customer knowledge base report used to take seven days to run – now it’s complete in two seconds,” said, Chris “CB” Bohn, Principal Data Engineer, Micro Focus

“FlashBlade’s ability to scale up performance while lowering I/O latency has exceeded our expectations. With FlashBlade, we are confident that we’ll be able to meet the increasing demand for supercomputing resources and strengthen NTU’s position as a world-class research-intensive university, while walking the talk when it comes to protecting the environment.” — Alvin Ong, Chief Information Officer, NTU Singapore