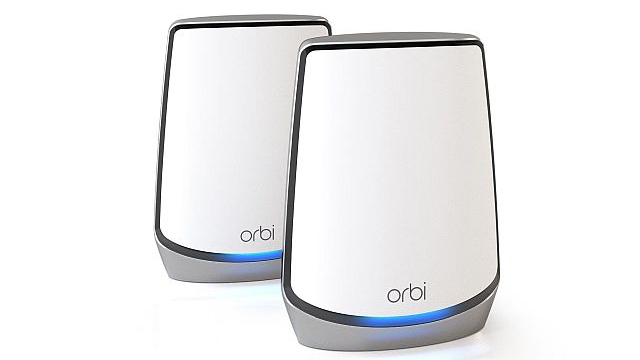 With the broadest range of Wi-Fi 6 offerings in the industry, NETGEAR, the leading provider of Wi-Fi solutions continue the commitment to advance Wi-Fi performance with the launch of a new product Orbi RBK852 WiFi 6 Mesh WiFi System (AX6000).Orbi RBK852 (AX6000) offers Ultimate Performance Whole Home Mesh WiFi System includes WiFi router and one satellite covering larger homes up to 350sq meters. Powerful AX Mesh WiFi System helps the router to keep all the device connections strong in every room of the house. User can simply enjoy the perks of watching 4K/8K UHD streaming and online gaming to multiple screens simultaneously without interruption.

The router comes with the latest generation of WiFi 6 technology which is faster than ever, with a 4X increased capacity compared to a WiFi 5 (802.11ac) system. Seamless and Consistent Mesh WiFi Coverage has been dedicated to quad-stream WiFi 6 backhaul which allows up to four data streams on each band. Orbi RBK852 (AX6000) has been built for the Gigabit Internet Speeds Everywhere and the innovative Tri-band WiFi enables the device to maximize the internet speeds on every device. Multi-Gigabit Internet Speeds Ready – 2.5Gbps Ethernet port support multi-gigabit Internet speeds, available from service providers. Or use port aggregation to combine two Gigabit Ethernet (LAN and WAN) ports for multi-Gigabit speeds. User can easily set up the WiFi management with the Orbi app and create a guest network, by viewing connected devices, and perform speed tests.

A LAN port can also be used to connect with more wired devices with 4 Gigabit Ethernet LAN ports on each router and satellite is ideal for home offices or home entertainment areas. Also, the Netgear ORBI RBK852 (AX6000) works smoothly with Amazon Alexa and the Google Assistant and support voice commands to control your home WiFi network. Speaking at the launch, Marthesh Nagendra, Country Manager India, ME & SAARC, NETGEAR said, “Witnessing the current situation, there has been an ever-increasing demand for Wi-Fi devices in our home network, and as NETGEAR it is has become critical for us to provide best solutions where each device gets the Wi-Fi bandwidth in the larger homes, with quality connected experience to have a smooth and lag-free experience. Our new ORBI RBX852 enables all the quality which one desires to own in this online and fast generation of working from home. We are positive that our new router will enable large homeowners to have great internet speed at any corner of the house.”

Pricing and Availability:The NETGEAR ORBI RBK852 WIFI 6 MESH WIFI SYSTEM (AX6000) is available in India through various e-commerce and authorized NETGEAR store at a price point of INR 61,999/- on https://www.netgearstore.in/

Bosch Phantom Edge: Combines The Power of AI and the IoT

Preventing Cyberattacks and the Risk of Data Breaches to Critical Infrastructure