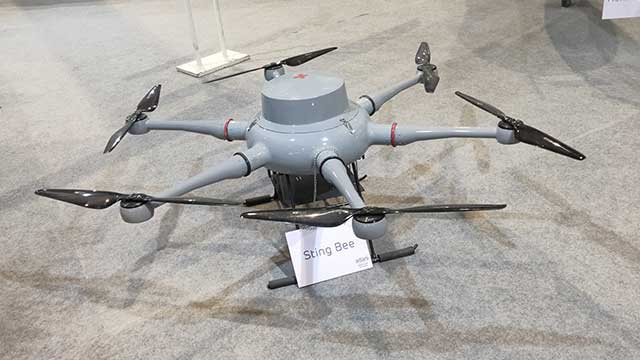 While you still await for your pizza to be delivered via drone to become a reality – a farmer is already using a drone for pesticide spraying in his farm, people in mountainous regions are receiving medical and vaccine supplies through drones, a remote village is getting its Internet and telecommunications enabled through a drone, and countless other such innovative applications of drones are impacting the masses and solving real-world problems. The Drone Festival – Bharat Drone Mahotsav-2022 held in New Delhi from 27-29 May was an eye-opener about the innovative applications of drones beyond the defence sector.

Inaugurating the Drone Festival, Prime Minister Narendra Modi talked about his keen interest in the drone industry and how he’s impressed by drones various innovative applications. Emphasizing on the emerging opportunities for drones applications and the employment avenues the sector will create, PM Modi said that India has the potential to become a drone hub of the world by 2030. He gave his own example of using the drone technology for his decision making through examples of drone monitoring in PRAGATI reviews and Kedarnath projects.

Highlighting the importance of drones in the fields of defence, disaster relief efforts and surveillance, PM Modi said that the drone technology can be a game changer for agriculture, logistics, geo-mapping and mining sectors. He gave the example of PM Swamitva Yojana, where drones have revolutionized the property ownership in rural areas by mapping the land and establishing the ownership through issuance of digital property cards. He said that more than 65 lakh property cards have been issued with the help of drones, as this technology reduces human intervention and increases transparency.

The event had more than 70 exhibitors displaying their drones and drone-related services. From drones that are helping farmers in crop monitoring to drones that are being used for first-mile and last-mile deliveries of agri-produce or medical supplies, there are various sectors where the drones can bring disruption through innovative applications and usages.

Click here to view a short reel of few drone industry leaders who shared their views on drone applications with us during the event (including a short bite of PM Modi’s speech about his smart use of drones).

What is 5G and What Does it Mean for Cybersecurity?