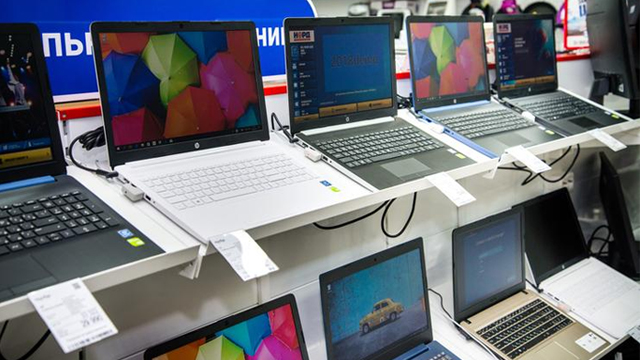 The Indian traditional PC market inclusive of desktops, notebooks, and workstations delivered a strong quarter with 9.2% year-over-year (YoY) growth in 3Q20 (July-September 2020), according to new data from the International Data Corporation (IDC) Worldwide Quarterly Personal Computing Device Tracker. 3.4 million units shipped during the quarter, as the demand for e-learning and remote working remained strong, resulting in 3Q20 being the biggest quarter in the last seven years in India. Although the commercial segment had very few government and education projects, the consumer segment recorded its biggest quarter ever with 2.0 million shipments, growing 41.7% YoY and 167.2% from the previous quarter.

Schools and colleges continued to function virtually, leading to a surge in demand for consumer notebooks, especially in large cities. Despite the supply challenges, vendors were able to stock up for the upcoming online festivals. However, the demand for notebook PCs remains much higher than the current supply, which is likely to lead to another strong quarter of shipments in 4Q20 (Oct-Dec). New entrants like Xiaomi and Avita were able to leverage this opportunity but remained outside of the top five companies in the consumer segment. Apple shipments also grew 19.4% YoY as it ended its biggest quarter of shipments in the country.

Commenting on current demand for consumer PCs, Bharath Shenoy , market analyst for PC Devices at IDC India states, “There is still a lot of uncertainty if and when will the schools and colleges return to physical classrooms at full strength. This is forcing students to manage all their learning virtually. This demand is expected to stay strong as India remains underpenetrated in PCs. To add to this, the growing broadband connectivity in the country is making online learning easier for students. Hence, this opportunity will continue to be relevant for PC vendors for at least a few more quarters.”

In the commercial segment, enterprises continued investing in PCs under their business continuity planning to manage their remote working requirements. However, the volume of key big deals has come down in this second wave of enterprise buying as compared to initial orders in 2Q20. This led to a marginal 3.1% YoY growth in the overall enterprise segment. Notebook shipments grew at a strong 70.1% YoY as enterprises preferred them over desktops. SMBs resumed their purchases after taking a slight pause, as business operations started for most of the sectors with a relaxation in the lockdown restrictions. Shipments to this segment grew 5.5% YoY in 3Q20. However, this growth can also be attributed to channel procurement for better control over inventories amid the uncertain supply situation in the ecosystem.

HP Inc. retained the top position in the overall PC market with a share of 28.2% in 3Q20. The vendor recorded a strong quarter in both consumer and commercial segments with a 16.6% increase in shipments when compared to the same time a year ago. HP also remained the leader in the consumer segment. However, its market share fell to 24.2% in 3Q20 from 28.2% in 2Q20.

Lenovo was marginally ahead of Dell with a share of 21.7% in its overall shipments. The vendor witnessed a 27% YoY growth in the consumer segment on the back of its portfolio extension this quarter. Also, the vendor registered 46.2% growth in its SMB shipments as it prepared the channel to avoid supply uncertainties in the coming months. Overall, Lenovo’s shipments fell 16.9% YoY in the absence of any large education deal this quarter.

Dell Technologies secured third place with a share of 21.3% in the overall PC market as its shipments grew 18.2% YoY in 3Q20. After a few quarters of declining shipments in the consumer segment, the vendor returned to growth with an impressive 74.6% YoY increase in its shipments, replacing Lenovo in the second consumer ranking.

Acer Group retained the fourth position with a 9.5% market share in 3Q20. However, the vendor registered a 12.4% decline in its overall shipments. Acer continued to dominate the commercial desktop category with a 27.1% share in 3Q20 as it managed to win a few key banking and education projects.

ASUS maintained the fifth position and registered an impressive 55.4% YoY growth in its overall PC shipments. ASUS has been aggressive in expanding its offline presence, this helped the brand to secure the fourth position in the consumer segment. Also, this quarter the vendor officially entered the commercial segment with the launch of its Expert series.

“Anticipating a longer work from home possibility, enterprises are getting ready for a larger mobile workforce and keep reducing their dependency on desktops. Also, SMBs started showing more momentum and will be critical in sustaining the ongoing growth in the commercial segment. Unfortunately, shortages of some key components continue to be a challenge. Vendors that will be able to manage the supplies of these components will benefit from this opportunity more as there is still a lot of untapped demand for PCs in the country,” says Jaipal Singh, Associate Research Manager, Client Devices, IDC India.