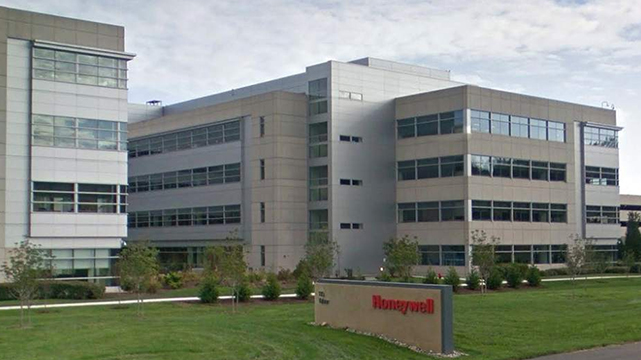 Honeywell announced its Solstice technology is supporting a new range of ultra-low global warming potential (GWP) scroll compressors designed and manufactured by Danfoss for heating and cooling applications. The new compressors deliver improved energy efficiency over models based on R-410A, while offering the same cooling capacity and similar footprint.

Danfoss, a leading manufacturer of heating, cooling and refrigeration solutions, will use Honeywell’s Solstice® ze (R-1234ze) and Solstice refrigerant® N15 (R-515B) refrigerants in its new DSG scroll compressor range for chiller and heat pumps used in commercial buildings, industrial processes, data centers and district heating/cooling applications. The compressor range will be available in Q2 2022, and will allow chiller and heat pump manufacturers to stay compliant with regulations requiring the phasedown of higher-GWP hydrofluorocarbons (HFCs).

With a GWP of less than 1, Solstice ze is 99.9 percent lower than R-410A and other HFCs. Solstice N15 (R-515B), a non-flammable, low-GWP solution, has a GWP lower than 300 and provides higher energy efficiency in the DSG compressor range than the R-410A models. Both refrigerants are based on Honeywell’s hydrofluoroolefin (HFO) technology.

The DSG compressors are specifically designed for medium pressure chillers to cool large buildings, infrastructure projects, district cooling/heating, and other applications. With this new compressor technology, the use of R-1234ze and R-515B will have the possibility to expand into OEM’s scroll chiller platforms

Multiple worldwide regulations require the phasedown of hydrofluorocarbon (HFC) solutions under the Kigali Amendment to the Montreal Protocol. In the U.S., the scroll compressor technology using Solstice ze and Solstice N15 will be a vital solution for manufacturers seeking lower-GWP alternatives in commercial buildings, data centers and process cooling applications. As the U.S. Environmental Protection Agency (EPA) administers the HFC phasedown, it will also consider promulgation of sector-specific HFC prohibitions to effectively limit GWP of products used in end applications including residential air conditioning, light commercial air conditioning, and chillers.

Honeywell is a world leader in the development, manufacture and supply of refrigerants that are sold worldwide under the Solstice and Genetron brand names for a range of applications, including refrigeration and building and automobile air conditioning. Honeywell and its suppliers have completed a billion dollar investment program in research and development and new capacity based on Honeywell’s hydrofluorolefin technology. Worldwide adoption of Solstice products has avoided potential release of more than 250 million metric tons of carbon dioxide into the atmosphere, equal to eliminating the potential emissions from more than 52 million cars per year.

Honeywell recently committed to achieve carbon neutrality in its operations and facilities by 2035. This commitment builds on the company’s track record of sharply reducing the greenhouse gas intensity of its operations and facilities as well as its decades-long history of innovation to help its customers meet their environmental and social goals. About half of Honeywell’s new product introduction research and development investment is directed toward products that improve environmental and social outcomes for customers.