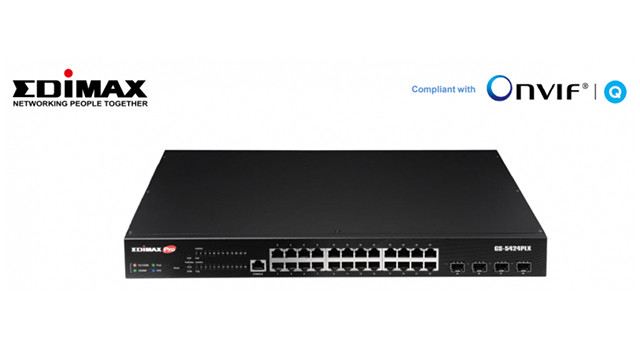 “We help small and medium-sized enterprises quickly set up a video surveillance network system with a high degree of security, saving time and money”. EDIMAX indicates. With just one click, the network switch can strengthen real-time video surveillance security without sacrificing the transmission quality of both data and surveillance traffic for businesses.

Tailored for IP cameras and far-away network devices with a specific long-range mode that enables power and data transmission of up to 200 meters at a guaranteed speed of 10Mbps. With up to 128Gbps backplane bandwidth and a forwarding rate of 95.2Mpps, the switches have a strong switching capability for sending data to destination devices at ultra-high speed, while utilizing maximum available bandwidth without delay. The four ONVIF conformant switches are also equipped with 10GbE SFP+ uplink ports to provide 10X faster network speed for bandwidth-hungry SMB markets.

APEX Understands That In Every Corner In The World, There Is An Individual Needs a Hand.

CR1100 is different than most embedded barcode readers