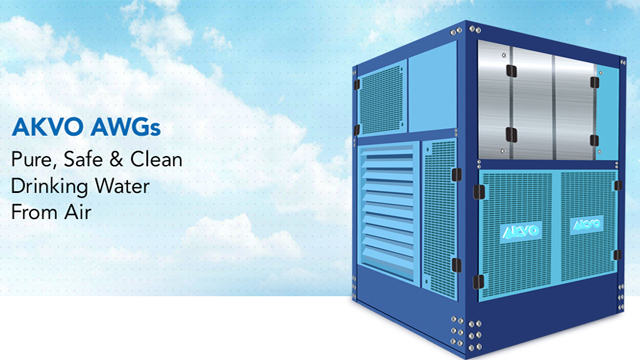 The topic of water scarcity has always been discussed from marking Day Zero in CapeTown, South Africa 2018 to finding effective ways to transport drinkable water to regions affected by natural disasters. The primary requirement in equatorial regions during the summers. In India, there is huge water scarcity in primary cities like Bengaluru, Mumbai, Shimla and Chennai which are facing huge water shortages and are likely to run out of ground water by 2030—a study by Niti Aayog report has revealed.

In April this year water scarcity triggered mass migration in rural areas Damoh district of Madhya Pradesh. In the forthcoming summers, for the next 30 years, groundwater contribution to river Ganga will continue decreasing, it is observed. The trend which can lead to disastrous effect on the riverine ecology and lead to food scarcity for 115 million people in the Ganga basin, according to an IIT Kharagpur study. So much so the other rivers of India which are the lifeline for millions are also not being able to sustain the demands as they also cleanse the nation from Industrial waste and population waste.

The answers to such issues cannot be solved by outdated, limited traditional methods which also harm the ecosystems i.e.: Boring wells. The increasing water demands by industries of our country are also starting to affect the present infrastructure and creating a stress on banks. The rising non-performing assets stressed by additional costs for generating massive volumes of water for the industrial needs, which hinders the progress. In such a dire situation the country’s new generation of environment conscious individuals are taking up a stand to improve the present scenario.

One such individual is Mr Navkaran Singh Bagga Founder and CEO, Atmospheric Water systems pvt Ltd who is solving India’s water needs in a 360-degree manner and is providing the most cost-efficient machines to raise awareness on generating water from thin air by just plug and play method. The innovation is apt for equatorial and tropical regions. AKVO absorbs humidity present in the air, purifies it and provides water for its users. The machines come in different sizes from 100litres machines to 10,000 litres for community housing and Industrial use.

AKVO AWG’s can generate up to 1000 litres of water in just 24 hours from the atmospheric moisture. This water is cheaper than market water. The marketable water is available from Rs 15 to Rs 20 per litre and always has the cleanliness suspicion tag attached with it. Few months ago, an AKVO AWG 1000 litre machine was installed in Hardua Mangarh, in Madhya Pradesh. A region where village folk had to walk four kilometres every day to get fresh drinking water and where the only source of water for the last 200 years was an old well. To address Industrial demands by one of India’s largest Oil refineries of India, IOCL Haldia installed 6 AKVO AWG machines proving AKVO AWG’s various scenarios. AKVO AWG is proud of their productivity and versatility and can also customise their machines for providing water to Hydroponic farms which require constant water and different mineral requirement according to the plantation needs.

Speaking on his machine Mr Navkaran Singh Bagga, Founder and CEO AKVO Atmospheric Water Systems Pvt Ltd stated “Countries across the world are waking up to a new water crisis every month. AKVO AWG is making a change on how we aim to generate drinking water to combat water issues experienced by providing environmentally friendly solutions for homes, businesses, industries and in an emergency as a complete disaster relief solution. There are various studies stating the depletion of underground water. Using quick fire solutions such as transporting water to an affected region never solves the problem.

AKVO machines come in various capacities for industrial and community use and can also be used for Hydroponic farming. Our endeavour at AKVO AWG has led us to villages deep in Madhya Pradesh and at industrial places such as IOCL Haldia. We have also participated at International forums such as International Water Summit to gain exposure as well as showcase why AKVO AWG machines are the most cost- efficient machines in our time. We aim that one day in India reports should state that there were no deaths due to water scarcity, this is our driving force at AKVO AWG”.

AKVO AWG’s have raised their voices and showcased their USP as the most cost-efficient source of water for two consecutive years at the International Water Summit in Abu Dhabi 2018 and 2019. The machine has amassed appreciation in a region which depends solely on desalination plants to provide water for their residents. A process used by desalination plants damages the environment as seawater is used, which is then distilled creating a by-product in the form of high amounts of boron and bromide, the process can also remove essential minerals like calcium. SEWA which is (Sharjah Electricity and Water Authority) has showcased their interest in AKWO AWG and has installed a 300-litre machine, which reiterates AKVO AWG’s ability to provide water to arid and dry regions as well such as those in the Middle East.