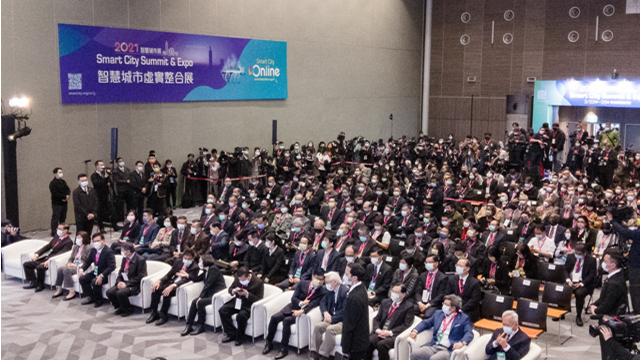 The 8th Smart City Summit & Expo (SCSE) was concluded on Mar. 26th successfully at Taipei Nangang Exhibition Center Hall 2. Despite the strict entry control on the number of visitors, the four-day event has drawn over 80 thousand visits in total. The organizer, Taipei Computer Association (TCA), also invited delegations from more than 50 industrial and business associations to the event. Many local governmental agencies sent delegations one after another to join the hustle and bustle of this marketplace. During the time when many international fairs are called off, SCSE brings a silver lining to the economy devastated by the pandemic. In addition, the livestreaming forum sessions have taken down the walls across borders so that international professionals and city leaders could be reached. This kind of physical-virtual hybrid form appears to be a New Normal for the future conferences.

As a young tradeshow, SCSE is growing in a fast pace year after year. President Tsai made a remark during the opening ceremony that Taiwan is speeding up its development in the post-pandemic era, and with all the strength built up in the past editions, SCSE is certainly able to bridge domestic industries with our south-bound neighboring countries. Frank Lin, Chairman of TSSA (Taiwan Smart City Solution Alliance), expressed that 2022 SCSE will be held next year from Mar. 22nd to 25th. While Kaohsiung City government has joined as one of the organizers, it will partner with the TSSA on hosting SCSE concurrently in Kaohsiung as a twin event, marking a new milestone in the history of SCSE next year.

Yun-pei Huang, Vice President of TCA, pointed out that as many as 10 local city governments have joined the exhibition including City of Taipei, New Taipei, Taoyuan, Taichung, Kaohsiung, Hsinchu, County of Pintung, Yilan, Taitung, and Kinmen, making this edition with the most city government exhibitors. In addition to opening ceremony where city mayors attended in person, Wen-je Ko (Mayor of Taipei), Wen-tsan Cheng (Mayor of Taoyuan), Chi-mai Chen (Mayor of Kaohsiung), Chih-hui Wang (Vice Mayor of Taitung County), and Chih-chien Lin (Mayor of Hsinchu), led their colleagues as visiting delegations to the exhibition. Chen-wei Hsu, Mayor of Hualien County, even brought 54 delegates from the government to have a closer look and learn from the smart city solutions in the exhibition, showing their ambitions in city management. Besides, Chia-lung Lin, Minister of Transportation and Communication, also led a delegation of over 20 delegates for the opening of ITS Expo and learning at the event. 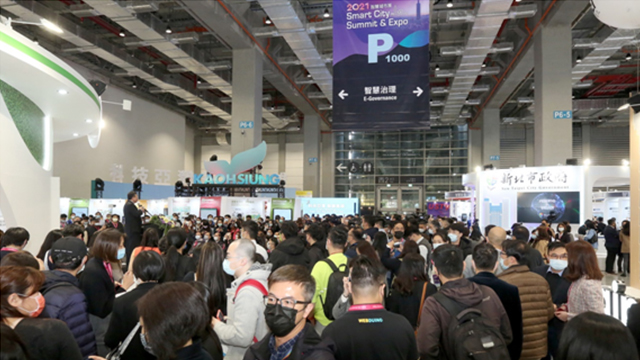 Vice president Huang of TCA said that there were over 50 visiting groups from associations such as Council for Industrial & Commercial Development, Club of Industrial and Business Secretary-generals, Taiwan Council of Shopping Centers, Chinese Professional Management Association, Hong Kong Business Association in Taiwan, Taiwan Display Union Association, Taiwan Smart Textile Association, ITS Taiwan, Cloud Computing Association in Taiwan, and more. In face of the COVID-19 impact, the large-scale cross-domain networking and collaborations are expected to bring prosperity among industries. 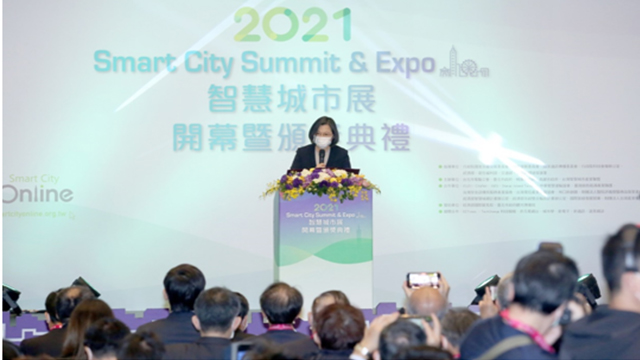 The Smart City Online will continue the showcase as an extension until the end of this year, aiming to reach over 600 thousand views of 160 thousand online visitors from across 150+ countries/regions from worldwide. The SCSE 2021, presented as a hybrid event, really took a lead in shaping new directions and new opportunities for domestic tradeshows.